8 Things you Should Never say to Female Colleagues/Bosses

Ever since the scandal involving Hollywood media mogul Harvey Weinstein broke out, more women are starting to speak up against sexual harassment at the workplace. Whether we realise it or not, most women (including myself) have faced some form of discrimination at work or been on the receiving end of sexist remarks. These statements undermine women and also perpetuates typecast gender roles.

Here are the 8 things you should never say to female colleagues or bosses, ever:

Stereotype alert! Why do people have to assume that the woman standing in front of them is not the manager, or worst still, the secretary? In fact, statistics have shown that women are better leaders than men and demonstrate better overall leadership effectiveness.

So what if it is? Are you going to justify a woman’s mood and attitude based on what’s happening in her body? Regardless of whichever state their hormones may be in, your female bosses and colleagues are capable of making rational decisions despite how they feel.

3. “How are you going to juggle kids and work?”

If we do not ask that question to male workers, why do we need to ask this of female workers? A woman who chooses to work is called a working woman, but we don’t refer to men as working men. While working after becoming a parent can be a balancing act, most women will already have plans in mind on how their kids will be cared of while they are at work. The new wave of mumpreneurs (mothers who are entrepreneurs) that we hear of today shows us that women can definitely juggle kids and work. 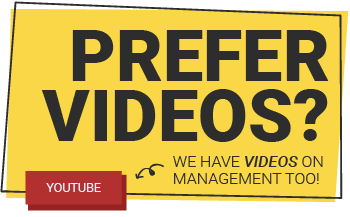 While those words may sound endearing and create a sense of closeness, it comes out all wrong when someone talks to you that way at work. In fact, they could be regarded as being derogatory or belittling to the recipients. Save the little nicknames for your family members instead.

5. “Why are you acting like a b****?”
Ooh, careful there, you are venturing into dangerous territory. It is one thing to know someone is a bitch and another to call them out. Besides, using coarse language at work does not reflect nicely on you. Be professional even when the female colleague you are dealing with is being difficult.

In this day and age, how do we define “a man’s job”? We agree that there are industries that have a higher proportion of men than women, such as construction and jobs that are labour-intensive. But we have seen men entering female-dominated fields such as nursing and teaching over the years. It is about the passion and experience one has and not the gender.

This may appear to be a well-meaning compliment, but it may suggest that the woman was previously overweight or unattractive. Some people may have lost weight as a result of an undisclosed illness hence you may be treading on sensitive issues here. Rather than comment on their physical looks, compliment their work instead.

8. “You’re a woman, how could you possibly understand…?”

Women do not appreciate having their intelligence made fun of. Any claim of women never being able to understand stuff that men do should come with a caveat that men have a lesser understanding about stuff that women do (or can do). Even if women do not understand, they will seek out the answers on their own as they have a need to feel inclusive and valued in any discussion.

We hope that this article is helpful. Do you have any tips you would like to add? Let us know in the comments and please share this post with a friend/colleague if you enjoyed it!

In honour of International Women's Day, we interviewed 4 amazing women who inspire us with their success stories.       ...

END_OF_DOCUMENT_TOKEN_TO_BE_REPLACED

In celebration of International Women's Day, we interviewed 4 amazing women who inspire us with their success stories. I...

END_OF_DOCUMENT_TOKEN_TO_BE_REPLACED

Are you in the right workplace? 5 factors for women to consider in building a strong career

What does it take for a woman to be successful in business?  Research has shown that women have the capacity to be leade...